I am a delinquent mom. Don't most moms of high school seniors have the party all planned, announcements ordered, and senior portraits in a fancy box, ready for distribution by March?
I admit, I don't know how to do this, and frankly I'm not ready. I can't believe my first born is graduating from high school. But, I am not one to worry about things prematurely. I come from a long line of worriers, and I guess it is my calling to break that chain.
When I was in high school, we had senior portrait day in August, where a contract photographer would come in and take stiff indoor portraits. We could opt to have portraits taken by another studio, although they usually cost more. It was virtually unheard of to take your own. Of course, we did not have digital photography then. Nowadays I can take a higher resolution selfie than my senior portrait.
I don't want to diss professional photographers either. They do a good job, and there are times when you don't want your memories left to you and a few friends. That said, I had my wedding photos taken by a couple cousins, and while they are not like the posed shots you see these days, they were fine for me.
I never could see my son posing indoors wearing a suit. He did not own a suit until a month ago, when I had to buy one for his classmate's funeral.
So, deadlines were approaching, and we did what had to be done. The first reasonably nice March day, Monday, it was sunny and 55 degrees. He and I had an unspoken agreement that pictures would be taken at Banning State Park, which in my opinion is one of the most beautiful spots on Earth. However, Banning is also the home to one of those adventures kids have that parents never want to hear about. It is part of Vinny's story, so I have to share it.
One day in February 2014, Vinny and his friend Austin had some time to kill before catching the bus for an away basketball game. Since Banning State Park surrounds the school, and the park entrance is just down the road, they decided to check the ice on the Kettle River. Long story short: The ice was thin in places, as river ice is. Vinny had to explain to the coach why his pants were soaking wet on the bus.
Anyway, the opportunity presented itself Monday, and we had a great time hiking around taking informal portraits. 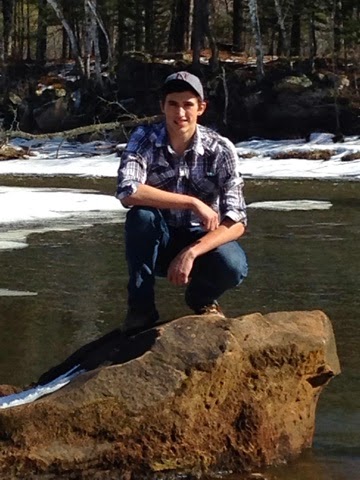 This captures Vinny more than any indoor portrait in a suit ever could.
at 9:17 PM No comments: 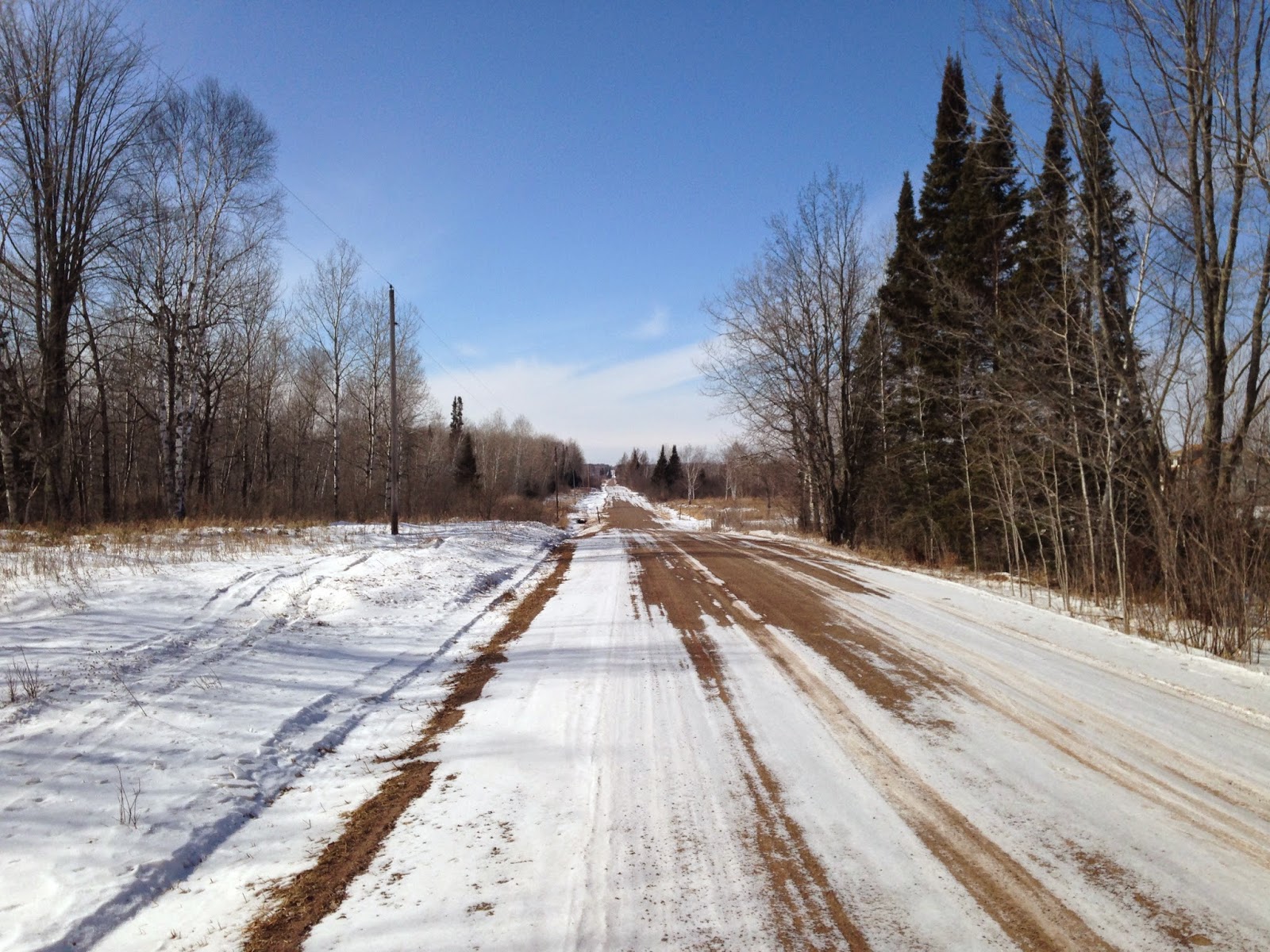 This does not look like spring. It certainly doesn't feel like spring. But today, March 1st, is the beginning of "meteorological spring". Hmm. At least it did not get below zero last night. I celebrated with a 4.5 mile run. This picture was at the halfway point, at the top of a hill on a dead end road.

I felt strong, I felt good, even though I have this theory that breathing freezing air into my lungs slows my pace down. And running on half iced roads is a challenge. But the main thing was that I was out there, moving, alive. Last year at this time, a 4.5 mile run would have been a big challenge for me.

Nina and I will be running the Garry Bjorklund Half Marathon June 20 in Duluth. And the Brookings, SD Half Marathon in May, once I get us registered. We plan to wear our "Eagles Strong #24" shirts. Such a great thing, to be able to run.