Testing 123... At long last, I have a pretty good WiFi signal in the house and I'm using the Blogger for iPad app. Oh yeah, THAT was my big Christmas present! So what better subject for a test photo than Frisky. 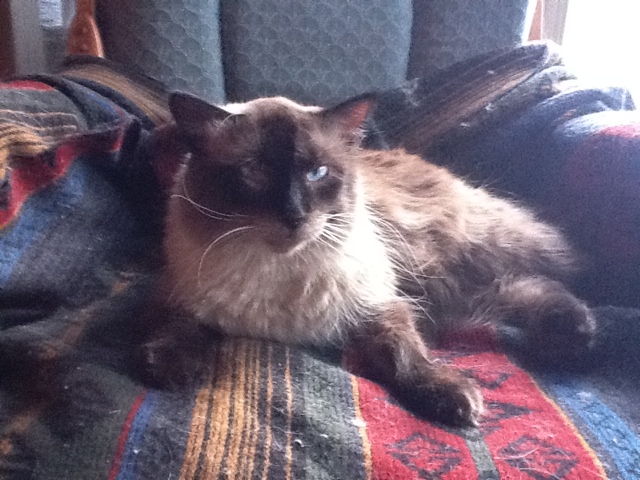 dreaming of a brown Christmas

Has it been over a month already since I've posted? 2011 will certainly not go down as a big blogging year for me. Yes, I'm still thinking of ideas for blog posts all the time, and there is always something interesting going on here to write about. But then there's this big disconnect between experiencing something, forming the words to describe it, getting to a medium where I can jot those words down for later use, and actually sitting down at the computer and connecting with Blogger. I've been going through my archives, and from what I see there it didn't used to be this difficult. Of course back then I didn't have teenage kids monopolizing the computer, and I didn't have Facebook for those moments I would have jotted down a quick blog post just to let the world know something.

This morning I have the computer to myself, finally. I stayed home from work with a bit of a sore throat and cold, just enough that work would have been somewhat miserable. I'm kind of glad to have a "me" day. The Hermit was out of town all last week, and between tending the wood stove and driving to various kids' activities, I didn't have much spare time. Fortunately the weather was very mild for December, even though some of the days were dark and gray, so heating was not a major issue. This has been one of the mildest Decembers I can remember, and what little snow we have has come an inch or so at a time. That means occasionally conditions on the pond have been perfect for ice skating, something I did not get to enjoy last year. 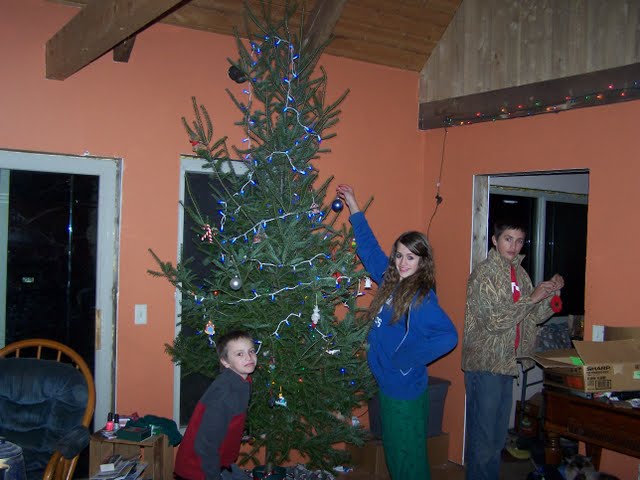 Christmas spirit is running at perhaps an all time high this year. Vinny found a very nice balsam fir on our property, and took it upon himself to cut it, bring it inside, and set it up by himself. Nina and Joe joined in for the decorating. I decided to make up for all the years I thought about making Christmas cookies but didn't get any further than that. Three batches done so far, about eight to go.

Brewing is also being done at the rate of about one five gallon batch a week. You'd think I'd have a lot of beer sitting around ready for consumption at that rate, but oddly enough it seems to disappear as soon as it has sat in bottles long enough to build carbonation. Here's Frisky, official mascot of "Sixteen Pound Siamese Brewery", overseeing the transfer of a wheat beer from fermenter to carboy.

That's the news from Sand Creek for now. Come to think of it, it feels pretty good to be blogging again. I'll be back soon.